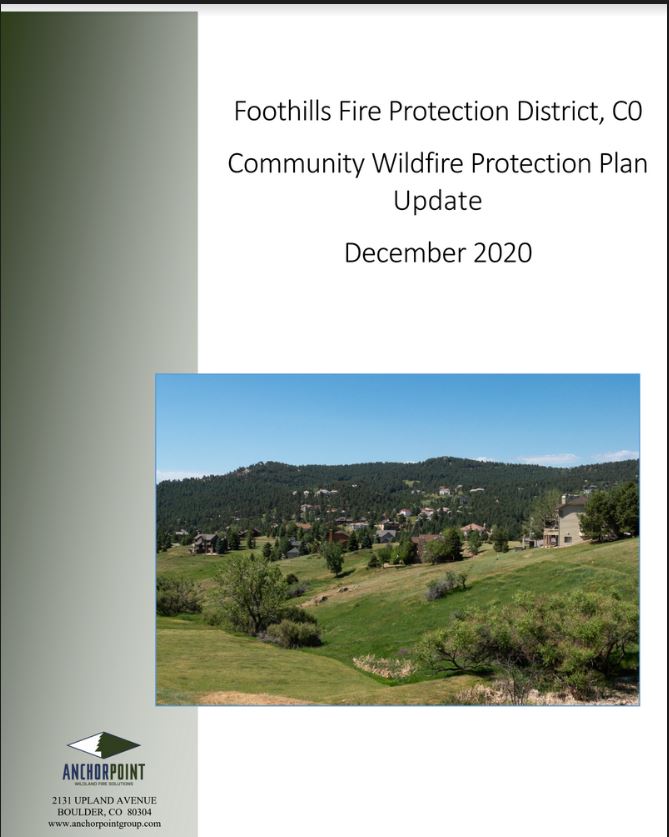 If you’ve lived in the wildland-urban interface (WUI) area of Jefferson County, or any WUI anywhere, for that matter, you’ve likely heard of something called a Community Wildfire Protection Plan, the CWPP, for short. But, just what is a CWPP?

According to the National Wildfire Coordinating Group, a group that “provides national leadership to enable interoperable wildland fire operations among federal, state, local, tribal and territorial partners”, the CWPP is described as “a plan developed in the collaborative framework established by the Wildland Fire Leadership Council and agreed to by state, tribal, and local government, local fire department, other stakeholders and federal land management agencies managing land in the vicinity of the planning area. A Community Wildfire Protection Plan (CWPP) identifies and prioritizes areas for hazardous fuel reduction treatments and recommends the types and methods of treatment on Federal and non-Federal land that will protect one or more at-risk communities and essential infrastructure and recommends measures to reduce structural ignitability throughout the at-risk community. A CWPP may address issues such as wildfire response, hazard mitigation, community preparedness, or structure protection – or all of the above.“  https://www.nwcg.gov/term/glossary/community-wildfire-protection-plan-cwpp

Restoration Act, which was passed by Congress on November 21st, 2003 and signed into law by former President Bush on December 3rd, 2003.  The Healthy Forests Restoration Act extends benefits to communities that are in the WUI and that have a CWPP in place. Two very important benefits are 1) the option to establish a definition and boundary for the WUI, and 2) the opportunity to impact fuels treatment priorities for surrounding federal and non-federal lands. In other words, a CWPP gives a community a voice in wildfire mitigation efforts. Typical challenges in which the community has a voice:

As populations shift and expand, it’s necessary for each fire protection district to update their CWPP periodically. Our Foothills Fire Protection District has released their recently updated CWPP, the Community Wildfire Protection Plan Update 2020. Download your very own copy here.