Weeds are a growing concern in our neighborhood. Many homeowner associations and individuals informed CARE that they felt overwhelmed by the numbers of weeds after last summer’s rains, particularly, the Bull, Canada and Musk thistles.

The Mission of the CARE Weed Committee is to maintain the natural heritage of the neighborhood we live in by preserving native plant species as well as mitigating against the spread of invasive weed species. By working with nature we can preserve the essence of the Ponderosa Pine Woodlands and Savannas natural communities that are located within our neighborhoods. Together we can reduce the use of water, reduce erosion, reduce the risk of fire (native species are tougher during droughts) and enhance the natural beauty of this unique part of Colorado making our neighborhoods more beautiful, sustainable and safer.

Neighbors who had worked hard to eliminate noxious weeds despaired because neighboring areas were infested so the weeds would return. CARE hopes to help share information on what works, investigate grants and foster cooperation in dealing with this invasion. CARE is contacting Jefferson County regarding the weeds on Apex Trail and along right of ways and Denver over weeds on their lands in our neighborhood. Mt. Vernon Country Club HOA pioneered the use of goats several years ago because weed seeds swallowed by goats are destroyed in their digestive systems. Mt. Vernon is now experimenting with the use of a fungus that only attacks thistle. Genesee shows good weed control.

END_OF_DOCUMENT_TOKEN_TO_BE_REPLACED 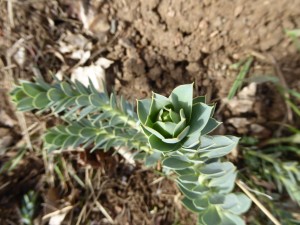 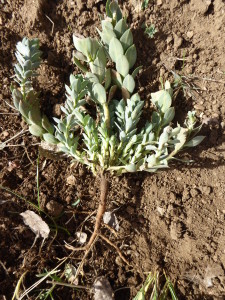 END_OF_DOCUMENT_TOKEN_TO_BE_REPLACED

Aliases: Spreading knapweed, tumble knapweed, white knapweed
Annual: (1yr life cycle). Most commonly a short-lived perennial (survives the winter but doesn’t do well the 2nd yr.); occasionally a biennial (needs 2yrs to complete its life cycle).
Flower/Fruit:. Flowers are white to rose, sometimes purplish in color. Heads are many and narrow on the end of each branch. The edges of the specialized leaf (bract) below the flower are divided, like the teeth of a comb. The bracts are tipped with a definite slender spine (important for differentiation from Spotted Knapweed), which makes the flower feel prickly after it dries.
Bloom: Flowers occur from July – September
Stem: Upright, highly branched, 4” to 3 ‘ tall
Leaves: Leaves are covered with short dense hairs. Basal leaves (leaves at the bottom of the stem) are short stalked and often twice divided into narrow lobes, growing to 7 to 8 inches. Stem leaves become smaller in size further up the stem with top leaves being stalkless and less divided.
Root: Taproot (large main root)
Reproduce: Reproduces by seed but may regenerate from the crown if cut and root is not dug up. When the plant dries it can easily break off at the base and become a tumbleweed spreading its seeds. Wind is the primary means by which Diffuse knapweed seeds spread. It can have up to 18,000 seeds/plant.
Seed Viable: Several years, possibly up to 8 yrs.
Mechanical Control: Cutting or mowing the above-ground portion of the plant, before seed set may be an effective way to reduce seed production, but it will not eliminate the infestation. Mowing usually increases diffuse knapweed density, due to increased germination from the soil seed bank. Mowing should therefore be followed by a fall herbicide treatment (Sebastian and Beck 1999). When a diffuse knapweed plant has been cut, the rosette may live and rebolt. Additionally, diffuse knapweed seeds can remain dormant for several years, requiring any cutting program to be repeated several times annually (spring, summer, and fall) to be effective. Mowing or fire can be used as a way to remove standing dead material such that subsequently applied herbicide will be more effective. (Roche’ and Roche’ 1999). Pulling can be effective for knapweed control, but it must be repeated frequently. Youtie and Soil (1994) suggested hand-pulling knapweeds three times annually until the plant disappears. The first pulling is in spring when the soil is moist, allowing enough of the plant to be pulled to kill it. The second pulling in June focuses on bolted plants, with the third pulling just before seed dispersal to kill any remaining plants.
Note: Herbicide Control: Single treatments provide temporary but not long-lasting control.
From CSP – Colorado State Parks (cpw.state.co.us)
Chemical Control: Please go to the links at the bottom of this article for recommendations from Colorado Dept. of Agriculture (Fact sheet pg. 2) and from Jeffco (follow their Link).
Interesting Facts: There are over 400 species of Knapweed. Diffuse Knapweed was brought in from Europe (Mediterranean region). It produces toxic chemicals that can inhibit the growth of desired plants and is a highly competitive plant. Severe infestation (which we have in our mountain communities) result in more than 70% reduction in Elk & Deer forage. May cause a rash in some people.

Biennial: Forb
Flowers/Fruit Has a flowering stalk (up to 20”). The 2 celled fruit contains many grooved seeds.
Flowers: Are sulfur yellow with five petals, about 3/4″ to 1-1/2″ diameter.
Bloom: June to August/September. Bloom a few at a time on the same stalk. Yellow flowers turn brown as seeds mature.
Stem: Unbranched can be up to 6 ‘ to 8’ tall.
Leaves: 1st year form basal rosette (up to 30” in diameter) and develop seedling leaves.
2nd yr. Leaves become large, (up to 1 ft. long), overlapping, oblong, hairy, alternate and whitish green which progressively get smaller up the stem.
Root: Shallow taproot along with a fibrous root system.
Reproduce: By Seed Only (100,000 to 250,000 seeds /plant). Takes 2 weeks to germinate.
Please do not cultivate this plant. Remove any dried stalks to reduce fire danger.
Seed Viable: Up to 100 yrs.
Mechanical Control: Cutting and Bagging (carefully) the flower stalk before going to seed. Hand Pull or dig entire plant (best when soil is moist) before flowers appear.
Sowing bare ground with early native grasses or other plants may decrease seed germination.
Herbicides must be applied before late flowering stage or seeds may still be produced. Rosette stage works best.
Interesting Facts: The plants were originally from Europe/Asia. The Europeans used the flowers for tea, and the leaves for many remedies like burns and rashes. Both the Europeans and the Indians smoked the dried leaves to treat bronchitis. Used as a fish poison. A methanol extract has been used as an insecticide for mosquito larvae. Mullein stalks were traditionally used as a cheap torch.  Mullein is Latin for “soft”.  Was used for lamp wicks before cheap cotton was available.  Mullein oil used to naturally treat dog ear infections.  Quaker women rubbed Mullein leaves on their cheeks to make them pink.  Anyone using Mullein leaves as toilet paper found their cheeks pink as well.
For further assistance or information: