Aliases: Spreading knapweed, tumble knapweed, white knapweed
Annual: (1yr life cycle). Most commonly a short-lived perennial (survives the winter but doesn’t do well the 2nd yr.); occasionally a biennial (needs 2yrs to complete its life cycle).
Flower/Fruit:. Flowers are white to rose, sometimes purplish in color. Heads are many and narrow on the end of each branch. The edges of the specialized leaf (bract) below the flower are divided, like the teeth of a comb. The bracts are tipped with a definite slender spine (important for differentiation from Spotted Knapweed), which makes the flower feel prickly after it dries.
Bloom: Flowers occur from July – September
Stem: Upright, highly branched, 4” to 3 ‘ tall
Leaves: Leaves are covered with short dense hairs. Basal leaves (leaves at the bottom of the stem) are short stalked and often twice divided into narrow lobes, growing to 7 to 8 inches. Stem leaves become smaller in size further up the stem with top leaves being stalkless and less divided.
Root: Taproot (large main root)
Reproduce: Reproduces by seed but may regenerate from the crown if cut and root is not dug up. When the plant dries it can easily break off at the base and become a tumbleweed spreading its seeds. Wind is the primary means by which Diffuse knapweed seeds spread. It can have up to 18,000 seeds/plant.
Seed Viable: Several years, possibly up to 8 yrs.
Mechanical Control: Cutting or mowing the above-ground portion of the plant, before seed set may be an effective way to reduce seed production, but it will not eliminate the infestation. Mowing usually increases diffuse knapweed density, due to increased germination from the soil seed bank. Mowing should therefore be followed by a fall herbicide treatment (Sebastian and Beck 1999). When a diffuse knapweed plant has been cut, the rosette may live and rebolt. Additionally, diffuse knapweed seeds can remain dormant for several years, requiring any cutting program to be repeated several times annually (spring, summer, and fall) to be effective. Mowing or fire can be used as a way to remove standing dead material such that subsequently applied herbicide will be more effective. (Roche’ and Roche’ 1999). Pulling can be effective for knapweed control, but it must be repeated frequently. Youtie and Soil (1994) suggested hand-pulling knapweeds three times annually until the plant disappears. The first pulling is in spring when the soil is moist, allowing enough of the plant to be pulled to kill it. The second pulling in June focuses on bolted plants, with the third pulling just before seed dispersal to kill any remaining plants.
Note: Herbicide Control: Single treatments provide temporary but not long-lasting control.
From CSP – Colorado State Parks (cpw.state.co.us)
Chemical Control: Please go to the links at the bottom of this article for recommendations from Colorado Dept. of Agriculture (Fact sheet pg. 2) and from Jeffco (follow their Link).
Interesting Facts: There are over 400 species of Knapweed. Diffuse Knapweed was brought in from Europe (Mediterranean region). It produces toxic chemicals that can inhibit the growth of desired plants and is a highly competitive plant. Severe infestation (which we have in our mountain communities) result in more than 70% reduction in Elk & Deer forage. May cause a rash in some people.

In two weeks we’ll be deciding the future of C.A.R.E. In years past, C.A.R.E. has done so much for our community since its inception in 1987, when it was formed to “…preserve and enhance the community and environment, to promote awareness, and provide a forum for community deliberation…” for the citizens who live in the I-70 corridor of the Foothills west of Denver.

END_OF_DOCUMENT_TOKEN_TO_BE_REPLACED

In a little over a month all delegates will be meeting to determine the direction of C.A.R.E. for the next year.

As read in the Bylaws (see below), January is when we are supposed to have our annual all-delegate meeting and when we elect new officers for the upcoming year. But so much happens in January, with Holiday travel and weather events, and as a result the annual meetings have shifted from January to June — and this June we’ll be electing a new slate of officers.

The decision-making body of CARE is comprised of delegates from each of the member associations and groups that are within the CARE area. From this body of delegates CARE officers are elected for 1-year terms.

END_OF_DOCUMENT_TOKEN_TO_BE_REPLACED 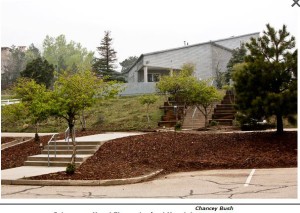 At some time in the recent past, Activation Ministry changed their name to Gateway on Mount Zion…

Have you ever wandered down a trail in your favorite Jeffco Open Space Park and wondered what those beautiful wildflowers were? If you take a Native Plant Master® Course, you will learn not only the names and identifying features of these trailside beauties but also discover interesting facts about their lifestyles, friends and foes. Upcoming offerings include:
•    NPM Course at Mt. Falcon Park on Fridays May 8, 15 and 22, 8:30 a.m.-12:40 p.m.
•    NPM Course at High Plains on Saturdays May 9, 16 and 23, 8 a.m.-12:10 p.m.
•    Plants of Green Mountain: Wednesday, May 13, 8:30 a.m.-12:30 p.m.
For a list of other Native Plant Master offerings, see www.npm.eventbrite.com. Register soon as offerings fill quickly. If you would like to receive notices of future classes, contact npmassistant@jeffco.us.

For information about Jefferson County Extension, visit www.jeffcoextension.org or call 303-271-6620. 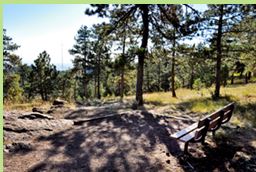 As we enter into the spring and summer, it is time to start spring cleaning our properties and clearing out our slash, which includes tree limbs, tree tops and pine needles. Doing this is essential to keeping our homes safe and the forests healthy in Jeffco.

You will be able to bring your slash to one of many collections that Jefferson County is offering this year. The slash collection program is expected to run every weekend, except July 4 and 5, from May 30 and 31 until October 24 and 25. Sites are being confirmed and will be announced on the slash web page.