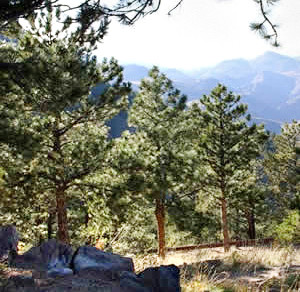 The Canyon Area Residents for The Environment, CARE, was formed in 1987. Its purpose, as stated in the State charter is to “… preserve and enhance the community and environment, to promote awareness, and provide a forum for community deliberation …” Its goal is to provide unified affirmative action to promote positive governmental action consistent with the needs of the area, and to provide a vehicle to promote community identity. A governing council consists of a delegate from each of the member associations and groups. Meetings are held regularly to which all are welcome to attend and participate. CARE provides access to information and support for the various neighborhoods in the Foothills immediately west of Denver, Golden, and Morrison, Colorado. CARE started as an successor of a short-lived organization called the Front Range United Communities. The core from that first organization, recognizing the need for County monitoring of land issues, enlisted representatives from the various homeowners’ associations in the Mt Vernon Canyon, and began working together on the issues important to the various communities.

A few of the early citizens who worked for nearly a year getting CARE legally set up as a non-profit organization were Greg Henika from Idledale, Rick Weinberg from Mt Vernon, Bob Baily and Judith Pearl, Genesee, Dorothy Reed, Paradise Hills, and John Studebaker from Lininger Mountain. Serious consideration was given as to how to set up the mechanism for taking a stand on County issues … consensus versus one vote per homeowners’ organization. After calling in representatives from some of Evergreen’s umbrella groups, it was decided to give one vote to each delegate, no matter how large the organization they represented. A financially secure beginning was made possible when the Hill and Dale, a group originally formed to oppose the Genesee development, officially folded and turned over their treasury to CARE.

Under the presidency of Rick Weinberg, attorney, CARE immediately jumped into the County hearings on towers … towers on Mt Morrison, and towers on Lookout Mountain. Those early years were busy ones, for CARE also supported the group that was opposing the large gravel mining operation near Clear Creek Canyon. And a number of delegates worked for five years on the Central Mountain Community Plan, a technical document used by the County Commissioners as a guide for future development in Mt Vernon Canyon. The committee, chosen by the County Commissioners, was originally composed of CARE members and others from the business community. But in the end, after five long years, only the CARE members, Karen Bull, Greg Henika, Judith Pearl, Rock Pring, Dorothy Reed, and John Studebaker hung in there to complete the project.

Some areas of activity we have been and continue to be involved in include the fostering of area homeowners’ associations, preservation of nearby Open Space and parklands, antenna farm concerns, wildfire prevention, weed and insect pest control, zoning concerns, Colorado Heritage Area designation and water resources. Also, we have sponsored political candidates’ forums, tours of historic places, landscape architecture tours, and other activities of interest to area residents.

Care’s lifeblood is rejuvenated year by year by the willingness of new volunteers to join in to address common causes. We continue to need and encourage participation and involvement in dozens of causes and activities important to our residents.